ZS-Si is a unique form of isotopically enriched silicon required for the fabrication of next generation processor chips which will power silicon-based quantum computers. Silex’s LIS technology has the potential to efficiently produce ZS-Si to provide a secure supply of this material for project partner and initial customer SQC, in support of its world-leading efforts to commercialise silicon-based quantum computing technology in conjunction with UNSW.

The three-year ZS-Si project, which was awarded a $3 million Federal Government funding grant from the Cooperative Research Centre Projects (CRC-P) in February 2020, is due for completion at the end of CY2022. The first stage of the three-stage project was successfully completed in June 2020, establishing ‘proof-of-concept’ for the silicon LIS. The second stage of the project involves the design, construction and operation of scaled-up prototype equipment with the objective of verifying the scalability of the silicon LIS technology and the underlying economics of the process. The third stage will culminate with the planned production of initial commercial quantities of ZS-Si from a SILEX pilot production facility, leading to a full economic assessment of the ZS-Si business case.

Silex will retain ownership of the ZS-Si production technology and related intellectual Property developed through the project.

The first commercial quantities of ZS-Si produced from the pilot facility will be purchased by SQC under an Offtake Agreement executed in December 2019.

Quantum computers are expected to be thousands of times more powerful than the most advanced of today’s conventional computers, opening new frontiers and opportunities in many industries, including medicine, artificial intelligence, cybersecurity, global logistics and global financial systems. Many countries around the world are investing heavily in the development of quantum computing technology, with governments and key corporates (such as Intel, IBM, Google, Microsoft and others) vying for leadership in this emerging strategic industry.

The global quantum computing (QC) opportunity, which is anticipated to expand dramatically over the next two decades, has recently been forecast by CSIRO Futures to be worth around $50 billion in 2040, with an annual growth rate of 6% (‘Growing Australia’s Quantum Technology Industry’, Report by CSIRO Futures, May 2020). A large proportion of this value will relate to hardware, of which silicon-based quantum computers are anticipated to play a significant role.

ZS-Si is a key enabling material for the silicon QC processor chip. Natural silicon (Si) consists of 3 isotopes: 92.2% Si-28, 3.1% Si-30 (each with zero electron spin) and 4.7% Si-29 (with a spin state of ½). The presence of Si-29 in concentrations above 500 parts per million (ppm) (0.05%) prevents effective QC performance, so ZS-Si must be produced by elimination of the Si-29 isotope. The lower the concentration of Si-29, the better a silicon quantum processor will perform in terms of computational power, accuracy and reliability.

Current methods for production of enriched silicon are very limited and costly (even for lower purity material) with only a few kilograms produced annually, mostly using gas centrifuge technology. Should the ZS-Si project be successful, it would enable Australia to establish itself as a world-leader in ZS-Si production, potentially creating a new value-added export market. As the ZS-Si project moves towards completion, Silex will engage other potential customers, including several of the world’s largest computer chip manufacturers who are also developing quantum computing technology. 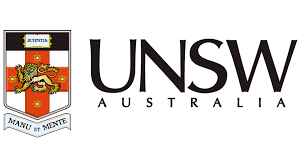